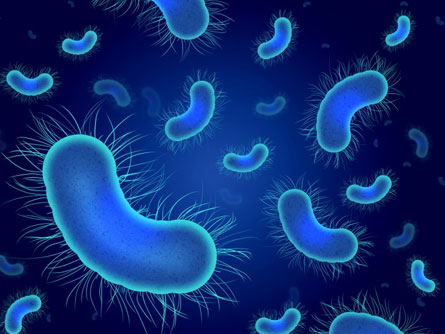 One of the most common diagnoses made in Uganda is “bacterial infection” treated with “antibiotics”.

In spite of a 6-year degree in medicine and a 5-year specialization course in Internal Medicine, I confess I was absolutely not familiar with this “disease”. So I logged on to one of the best medical literature website and typed into the search box “bacterial infection”.

Bacterial infection is quite a general term to describe a disease caused by bacteria: usually it has quite well defined features since bacteria usually infect a specific site of the body. So we may have a bacterial pneumonia, a bacterial gastroenteritis, a bacterial meningitis etc etc.

Other types of microorganism can cause diseases; viruses and fungi. Sometimes they can cause a clinical picture similar to the ones above, even though more often viral infections are less well localized, vaguer. More important, viruses and fungi do not respond to antibiotics…while bacteria do (for the moment…).

How can we distinguish diseases caused by a virus versus one caused by a bacteria, so possibly needing an antibiotic?

The history and the clinical picture (what the patient tells and how it looks) are usually the most important criteria. Some diseases like common colds, sore throats, bronchitis etc are almost always caused by a virus. Tonsillitis, pneumonia, peritonitis, bladder infection are more often caused by a bacteria.

At times, the clinical picture is not so clear so we need laboratory and radiological investigations to help to make a better diagnosis. But the laboratory is not a sort of magic machine with the final answer of the mysteries of the universe. It can help, if you have asked the right questions and you know how to interpret the answers. It is not always so straightforward…

As you may imagine, the immune system reacts immediately to any infection, increasing the number/activity of white blood cells. Different cells and different mechanism are used to fight different type of microorganism, even though the initial reaction may be quite general and aspecific…a sort of “high alert state” till the type of threat is better identified and addressed.

Unfortunately, it is not only infection that can cause an increase of white cells, and especially of the “neutrophils”, the subtype of white cells more specifically involved in fighting bacteria, and the first to increase in a situation of disease. Again, when I searched the topic in the famous medical website, infection was one of 13 possible causes of high level of neutrophils, among vigorous exercise, pregnancy, stress and anxiety, trauma, cigarette smoking….

So……. giving a diagnosis of “bacterial infection” – not better defined – and based  only on an increased number (or simply an increased percentage with a normal absolute count) of neutrophils is not what medical science teaches. It only brings abuse and misuse of antibiotics, wrong diagnosis and false believes.

Possibly, and hopefully, in the future we shall have simple and quick tests which can quickly tell what type of infection we have. Till then, we shall still go through the tedious procedure of asking questions, examining the person, and using science and evidence based medicine to decide the best course of action.

WHAT DO YOU NEED TO KNOW ABOUT ANTIBIOTICS

What are antibiotics? — Antibiotics are medicines that help people fight infections caused by bacteria. They work by killing bacteria that are in the body. These medicines come in many different forms, including pills, ointments, and liquids that are given by injection.

Some common bacterial infections that are treated with antibiotics include:

When are antibiotics NOT helpful? — Antibiotics do not work on infections caused by viruses.

Even though antibiotics don’t work on infections caused by viruses, people sometimes believe that they do. That’s because they took antibiotics for a viral infection before and then got better. The problem is that those people would have gotten better with or without an antibiotic. When they get better with the antibiotic, they think that’s what cured them, when in reality the antibiotic had nothing to do with it.

What’s the harm in taking antibiotics even if they might not help? — There are many reasons you should not take antibiotics unless you absolutely need them:

If you do have an infection caused by a bacteria, your doctor or nurse might want to find out what that bacteria is, and which antibiotics can kill it. They do this by taking a “culture” of the bacteria and growing it in the lab. But it’s not possible to do a culture on someone who has already started an antibiotic. So if you start an antibiotic without input from a doctor or nurse it will be impossible to know if you have taken the right one.

What can I do to reduce antibiotic resistance? — Here are some things that can help:

Symptoms of antibiotic allergy can be mild and include a flat rash and itching. They can also be more serious and include:

Serious allergy symptoms can start right after you start taking an antibiotic if you are very sensitive. Less serious symptoms, on the other hand, often start a day or more later.

If you think you are allergic to antibiotics, tell your doctor or nurse why you think so. Then trust him or her to know whether what you describe is a true allergy.