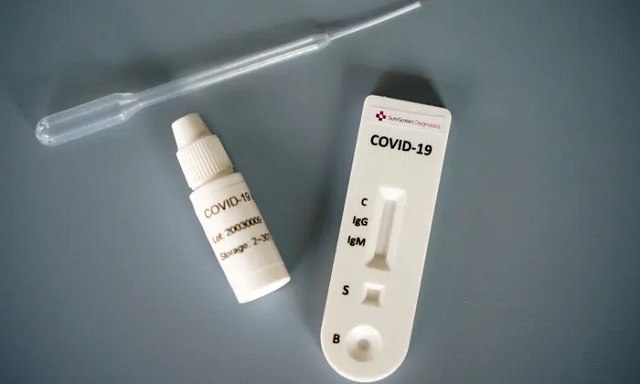 What is a covid test and what do they mean?

First of all a warning. A lot of what you have been led to believe about tests is probably wrong. There are many tests. Some are difficult, expensive, done by very few countries and mostly reserved for research. Some are cheap, quick and can be done anywhere. All are useful if properly interpreted and all have limitations.

Let’s start with the first test that was available, the pcr swab. This is what most of us have grown used to as “the covid test”.

This test is designed to find sequences of RNA and magnify them until they become detectable. Essentially it is a forensic test, it shows exposure to or contamination from protein strands from particles of RNA from the virus. It can demonstrate sequences of RNA on phones, door handles, the floor, your hands or your throat. And of course if you look you find; test a lot, find a lot, test few, find few.

It is not evidence of infection. This may surprise a lot of people but think about it: your hands, your phone, the door handle, your shoes, your face are not “infected” they simply have viral particles on the surface. That’s why we wash our hands and face to prevent infection. It might be detecting the presence of replicating, potentially contagious whole active live virus but the pcr can’t tell the difference: it turns positive with the presence of sequences of RNA.

At the beginning of the epidemic probably most people with a positive pcr from a throat swab were indeed infected. Things have changed. In many countries so many people have already been infected and are immune that finding strands of RNA on my throat probably just means someone coughed in my face this morning and I didn’t wash it off. It’s not replicating it’s not invading so by a proper definition of infection I am not infected, just exposed. If a herd of cows goes past my house and one dumps in my driveway, a pcr of my driveway will detect bovine RNA on my property. It doesn’t mean I have cows breeding in my bedroom.

The tests have also become political, it had become a global race, who does the most tests. Cynics became suspicious of the results: a BBC headline last week a facility in Nigeria was shut down for taking the money, doing no tests and giving negative certificates. I have heard many stories from 4 countries that travellers having a pcr in private labs commonly have a positive test when they are completely well. This has then been followed either by an immediate negative rapid test, a negative rapid antibody test and a repeat pcr negative the next day.

It can miss 25% of positives. If someone is sick and the test is negative, further investigations and treatment must be based on clinical assessment.

It’s expensive and usually takes at least 12 hours to get a result.

It can be misinterpreted as proof of infection and if considered on its own result in needless isolation.

Culture looks for the presence of active replicating virus and if a swab shows this, then that surface, be it my phone or my throat, has live virus. (If it is accepted that a virus is alive by some definitions of “life”.) To make it simple let me use the word live to mean “viable, potentially able to replicate” virus and infected to mean replicating and invasive.

Culture might be a lot better at proving infection but it’s very rarely done it’s a research tool.

A very difficult and expensive follow on from culture is gene sequencing which detects changes in the RNA, I.e. mutations. If significant this results in a variant. It’s done in a handful of countries and not surprising if you look you find, if you don’t look you don’t: so for sure variants are far more prevalent than reported. Not a lot of gene sequencing is done in Yemen and Syria.

Expensive and difficult, useful in research not clinical practice.

These are now becoming much more common, it’s a game changer for diagnosis. Cheap, quick, available anywhere, answer in 20 minutes.

They were initially condemned as being too inaccurate to be useful, with claims they missed 50% of cases. Question: compared to what? Initially pcr was the gold standard against which all other tests were compared: but what if the good standard is not gold? If infection is defined as “live replicating invasive virus causing disease” then in the last 6 months, anywhere in the world, considerable numbers of those with positive pcr were not “infected.” The Gold is tarnished.

Example. The NHS England trial followed up health workers from Oxford who had been sick with positive antibodies detected in June. By November, 44 of them had tested positive with a pcr swab, but only 2 of them had had “covid like symptoms” which might or might not have been covid. The researches were careful to not draw conclusions: but the media, interpreting positive pcr as “infected”, made the headline that previous infection protected 86% from re-infection for 5 months. But if the definition of “infected” has to include some clinical evidence of disease, then 42 of those positives were not re-infected at all: only a positive pcr showing exposure. And the other 2 are maybes.

Rapid antigen tests are now routine in many countries. When I flew to Botswana no pcr certificate from any country was accepted at immigration: we all had to have the rapid antigen test in a tent on the Tarmac. They are being used widely in uk and this has resulted in many more cases being detected.

They are more useful than pcr for many reasons. First the result is 20 minutes: if it’s positive then immediately further investigations can be started to see if there any current or potential complications that require treatment.

Second it’s cheap. At The Surgery we charge 85,000/= including nurses explanation and assessment.

Thirdly it makes fraudulent positive tests more difficult. It’s a cassette, like a malaria, bilharzia or pregnancy test, one line negative 2, lines positive. You can see for yourself it’s negative, you can carry it home and show it to the boss.

So if you want to know if your cough and sore throat is covid, the rapid antigen test is the new go to test for you.

It also misses some genuine cases, so just like pcr, clinical evidence has to be considered. If it sounds like covid and looks like covid then do all the required investigations whatever the result.

Most borders don’t accept it for travel.

There are now hundreds on the market. The big lab sophisticated tests such as ELISA are more accurate but the rapid tests are extremely useful. We have been using them in The Surgery since May.

Most of them pick up 2 antibodies, IgM and IgG. Keeping it simple, IgM is produced by lymphocytes early in an infection and quickly starts to neutralise the virus. The rapid tests will start to detect IgM from about 7 days after infection, perhaps just 2 or 3 days after symptoms begin. IgM fades at a variable rate, usually in 3 weeks but can remain detectable for 2 months. IgG is the long term protective antibody and protects against future infection. The rapid tests start to pick up detectable IgG from about 10 days, usually later, and it remains detectable for 3 to 6 months. There are other antibody tests that are more sensitive than the rapid tests that detect antibodies for longer.

These rapid tests are very useful life saving tests. They are cheap and give a result in just 10 minutes. Many cases of covid have mild symptoms for the first few days and trouble only starts when the antibodies become detectable. A lot of the complications are due to the antibody response. So if a patient comes in with symptoms for 4 or 5 days, most will have a positive IgM and the doctor can immediately do the necessary tests for complications such as PO 2, chest X-ray, clotting, sugar etc. Often by the time serious complications begin the virus is no longer detectable so it’s the antibody tests making the diagnosis. A negative test might mean too early so as always clinical suspicion is crucial. Combined with the rapid antigen test they are magic, very few cases will be missed.

IgG can become detectable while the patient is still seriously unwell from immune mediated complications but often it’s good news, it’s over, the patient has recovered and is now immune. It’s very useful to be able to say yes, IgG positive, that cough you had last month was covid, join the club.

It seems the more serious the clinical case, the stronger and longer lasting the IgG. We have seen faint positive IgG from patients in June and July who gave descriptions of classic covid pneumonia in December 2019.

They will miss early infection so as always, if clinical suspicion further investigations must be done.

There are rumours they turn positive with the other common cold corona viruses. I doubt it’s important and it doesn’t matter as we treat clinically. They are still brilliant for alerting us this might be covid, look for complications.

Antibodies fade quickly to undetectable. The news that 15% of UK had positive antibodies in January resulted in shockingly bad journalism. Project fear telling the gullible that 85% were still susceptible to infection. Realistically if antibodies become undetectable in 3 to 5 months it means those 15% had been infected since October. To guess the number actually infected in the whole year you have to add on those positive by last April and August. My estimate for UK is 40% of adults have been infected already. That’s another story.

The ultimate test for past covid infection. Crucially important but clinically irrelevant.

These tests show that immunity is long term and protective, resulting in immediate antibody boosting when recovered patients are challenged by re-exposure. They are expensive, difficult, done in very few countries and results take weeks.

They are important because they show that despite undetectable antibodies, recovered cases are immune to re-infection: despite a positive pcr showing sequences of RNA on throat swabs of healthy people. They have shown that those infected in 2003 with SARS 1 still mounted an immune response to SARS 2  when challenged 17 years later. And some studies demonstrated back in April that the real number infected in some European cities was double the number with antibodies, and 25 to 30 times as many as tested and reported by swab.

The 2 tests widely available are the rapid antigen test and the rapid antibody tests. They cost 85,000/= and 55,000/=, available at The Surgery 24/7. Get results in 20 minutes, visible to see for yourself. When used properly with clinical experience thrown in, cheap quick and reliable.